The Wilshere Collection was formed at the end of the 19th century and contains 34 fragments of gold glass and 23 sculptured reliefs and inscriptions. Dating from the 2nd - 4th centuries AD the objects were orginally from Roman catacombs and display a wide variety of Christian, Jewish and pagan themes. They are an important source of historical, social and spiritual information for early Christian and Jewish life in Rome. A group of inscriptions come from the Jewish catacomb of the Vigna Randanini discovered in 1857 on the Via Appia Antiqua. Bequeathed to Pusey House by Charles Willes Wilshere, the collection has been on loan to the Ashmolean Museum for some decades. It has already figured in the Museum's teaching and research activities, and they hope to use the material in new contexts and in the renovated Ashmolean due to reopen in 2009. 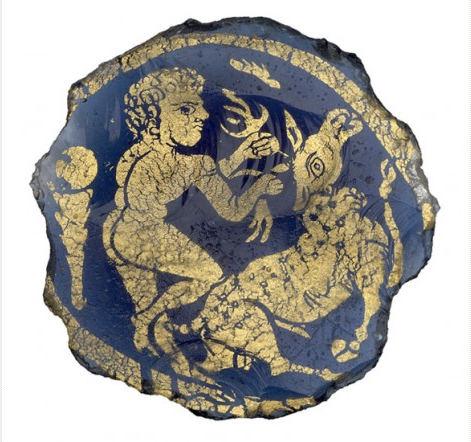 Item from the Wilshere Collection
Image

Today, the Ashmolean announces the successful acquisition of the Wilshere Collection – a stunning array of gold glass and sculpture - a significant addition to the Ashmolean’s collection of Antiquities. It provides evidence of early Christian and Jewish life in Rome and the use of artistic motifs and epigraphic practice.  Moreover, it bridges a gap in the Museum’s collection illustrating key chapters in the history of glass-making and the art of Late Antiquity.